The Shortest Path from Plant to Plate

I have been a vegetarian from the time I was conceived in my mother’s womb.

I find it funny when people ask me incredulously what I eat and whether I ever crave meat. The answer is everything! If I were to remove all of the fruits, vegetables, grains and other non-meat items from a person’s diet, they would not be left with much, whereas the opposite is not true. Honestly, I don’t have a taste for meat, my palate is highly developed for the consumption of delicious vegetables.

I have been thinking about why I believe what I believe when it comes to the things that I do (believe). My belief regarding vegetarianism can be summarized in a single sentence: The shortest path from plant to plate. Indulge me as I take a stab at describing, in long form, what vegetarianism means to me.

When I was in grad school, we studied Dijkstra’s Algorithm. What is an algorithm? A procedure, a series of steps, for solving a problem. Usually, you try to optimize the steps in some way. Dijkstra’s algorithm finds the shortest path by calculating cost (distance) to all potential paths from a given point. I am glad Computer Science has given me the language to articulate my vegetarianism in a way that people who want a logical argument might be able to understand, or at least respect. The shortest path minimizes the cost of production, environmental impact and maximizes nutrition.

To grow a plant, your inputs are: sun, soil, seeds and water. We’ll assign each of these a cost of 1, for a total cost of 4. If your soil is harsh, you will also be required to fertilize, but for simplicity’s sake we will ignore this variable. Plants also reduce Carbon Dioxide, help curb top soil erosion, and, with few exceptions, are able to be consumed within 100 days of planting. You are able to save seeds (so long as they are not of the Monsanto variety) to plant for your subsequent harvest.

To raise an animal, your inputs are: plants, water, parents and property. We will follow the same logic as above, plants = 3, water and property are each assigned a cost of 1, for each parent we must also count the cost of plants water and property, giving a parent a cost of 5, in this case each animal requires 2 parents, for a cost of 10, which brings the total cost of raising an animal to 25. We will not take into account veterinary care, and other costs associated with animals, again, for simplicity’s sake. Animals produce carbon dioxide, contribute to soil erosion through their consumption of plants, and depending on the animal, will take anywhere from to 7 to 540 days before it can be slaughtered, not including gestational period. Animals are self terminating, in that once you kill the animal it can no longer reproduce.

Before you get upset with me, I realize there are places in the world where the plants that do grow are not suitable for human consumption and people eat the animals who eat those plants out of necessity. I am not of the “killing animals is wrong” school of vegetarianism. I am of the “if people continue raising and slaughtering animals at the current rate, we will kill the planet” school of sustainability.

Now, back to my cost minimizing, nutrition maximizing shortest path from plant to plate theory:

By every measure: time to grow, time to harvest, and time to replenish, plants beat animals, hands down. Pulling from my super-simple math: Plant cost = 4, Animal cost = 25, so an animal is 6 times more costly to raise than a plant.

If I eat the plant directly I get all of the nutrition from that plant. The longer I wait to consume the plant after I have removed it from the ground, the smaller the nutritional value. If I follow this logic, the best plants to eat are those I have grown in my back yard and pick only when I am ready to eat, followed by farmer’s markets, and lastly, grocery stores. If I eat the animal, that eats the plant, I am taking the long route instead of eating the plant directly, the shortest path.

And that is my long way of saying…eat less meat, eat more vegetables. 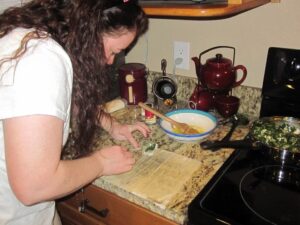 Get them to the Greek 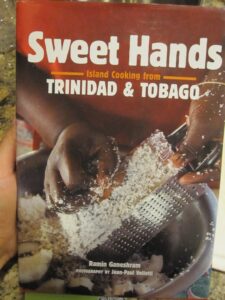 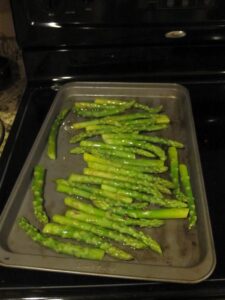