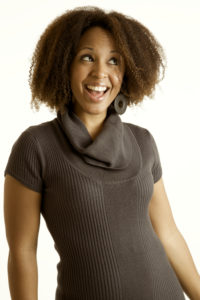 Eshe N. Pickett (she/her) is a Software Architect at the Intel Corporation in Chandler, AZ with the Internet of Things Group; she has been with the company since 2005. In her role, she focuses on cloud-to-edge orchestration and manageability. Eshe participates in STEM outreach, specifically targeting women in engineering. She received her Bachelor’s degree in Computer Science from Northwestern University and her Master’s degree in Computer Science from the University of Chicago.

Eshe is an active community member who strongly advocates for civic and civil engagement. She is a graduate of Valley Leadership, mentored for 6 years with Big Brothers Big Sisters of Central Arizona, was a Precinct Committeeman (PC) in Legislative District (LD) 18 from 2008-2018 where she served as the Recording Secretary from 2010-2014. Eshe is presently a Democratic PC in Legislative District 17 where she co-chairs the Communications and Technology Committee. She has been a member of the Arizona Democratic Party State Committee since 2012. Eshe is on the Board of Directors for Arizona Humanities, where she is on the Executive Committee as the Recording Secretary and is the former Chair of the Neighborhood Advisory Committee for the City of Chandler where she still serves as a member. Eshe believes that every person has the power to make a difference. She resides in Chandler with her husband.