I just got back from my first big international trip, that being one that required me to cross an ocean, to the beautiful country of Italy. While there, I visited Milan, Florence, Rome and Venice, of which I must say, Rome was my favorite. When I travel, I experience through sight seeing and eating. I love food and I love history and culture so my time is best spent roaming, observing and grabbing delectable little treasures to munch on along the way. For this, Italy was a perfect match. A country with 3,000 years of history is a sight seers dream and with some sort of eatery around every corner I sometimes ate just to taste things because they looked so good! Of course everything in Italy was not all beauty and romance, and it is out of this collection (the not so beautiful) that I bring you the first story from my travels.

Upon arriving in Italy I immediately noticed two things –the tights, and the graffiti. The women in Italy have a way of casually throwing together an outfit with the most intricately 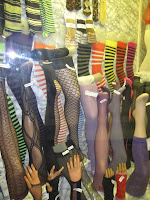 patterned tights and making it look effortless. In a city crafted by artisans, is it any wonder that the practice (of artful design) should extend to the clothing? I fell in love with the tights, they even have special stores, just for tights. So many things there are specialized. A shirt store for shirts, an entire store just for gloves, not once did I see a “one stop shop.” People are 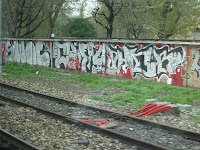 truly masters of their craft. As for the graffiti, it is everywhere. Sadly, most of it is not artistic, merely the equivalent of spitting on the street. It is strewn across beautiful stoic buildings indiscriminately in English words that often make no sense. I could not understand why, in a culture that cultivates an appreciation for it’s history one would have so little respect as to deface a 1,000 year old basilica, but to some it’s just a pile of rock.

While traveling I’d become accustomed to hearing the phrase “Ciao bella!” when greeted by the men in Italy. It made me smile. Prior to leaving the states, I was forewarned about the aggressive nature and crassness of Italian men, but I had yet to encounter anything of the sort. I had grown rather fond of them actually. My guard was down. One day my sister and I were walking through Florence where several street vendors attempted to sell us their wares, we responded with our most useful Italian phrase: “no, grazie.” In one such instance after respectfully declining to purchase a painting, one of the vendors called after me “Nice ass, I’d like to fuck!” And there it was. Never had anyone, stateside or otherwise, said anything so ugly. In that moment, I felt a kinship with those beautiful historic buildings, it was as though someone had just scrawled the senseless grafitti across my body.

When reading about Italy in preparation for the trip, I came accross the statistic that the unemployment rate for young people in Italy is around 30% and that a great majority of them live with their parents until well into their late twenties and early thirties. To put that in perspective, the current US unemployment rate is hovering around 8%. In desparate times, people resort to desparate measures to hold on to some sense of dignity, to feel that they are still relevant –still included in the story. In scrawling the graffiti, in hurling ugly words, perhaps it was a way of saying “You will not ignore me. You may have come to tour the buildings and see the sights, but I am still standing here, these cities were built centuries ago…but today, I am here, I am struggling, and I am frustrated.” I chose not to dignify the comment with a response, but I continued to notice the hideous grafitti everwhere. On my last night in Milan, while looking for postcards I took a wrong turn and looked up to find a beautifully grafittied doorway. I smiled and silently thanked God for reminding me that there is always beauty to be found amidst the rabble. 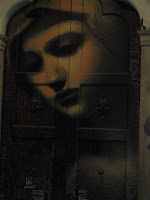 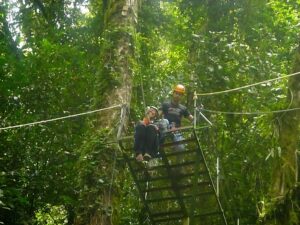 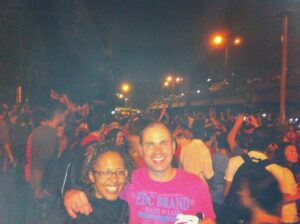 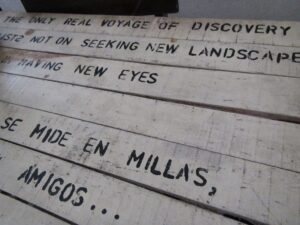 Sabbatical: Lessons from the backpackers